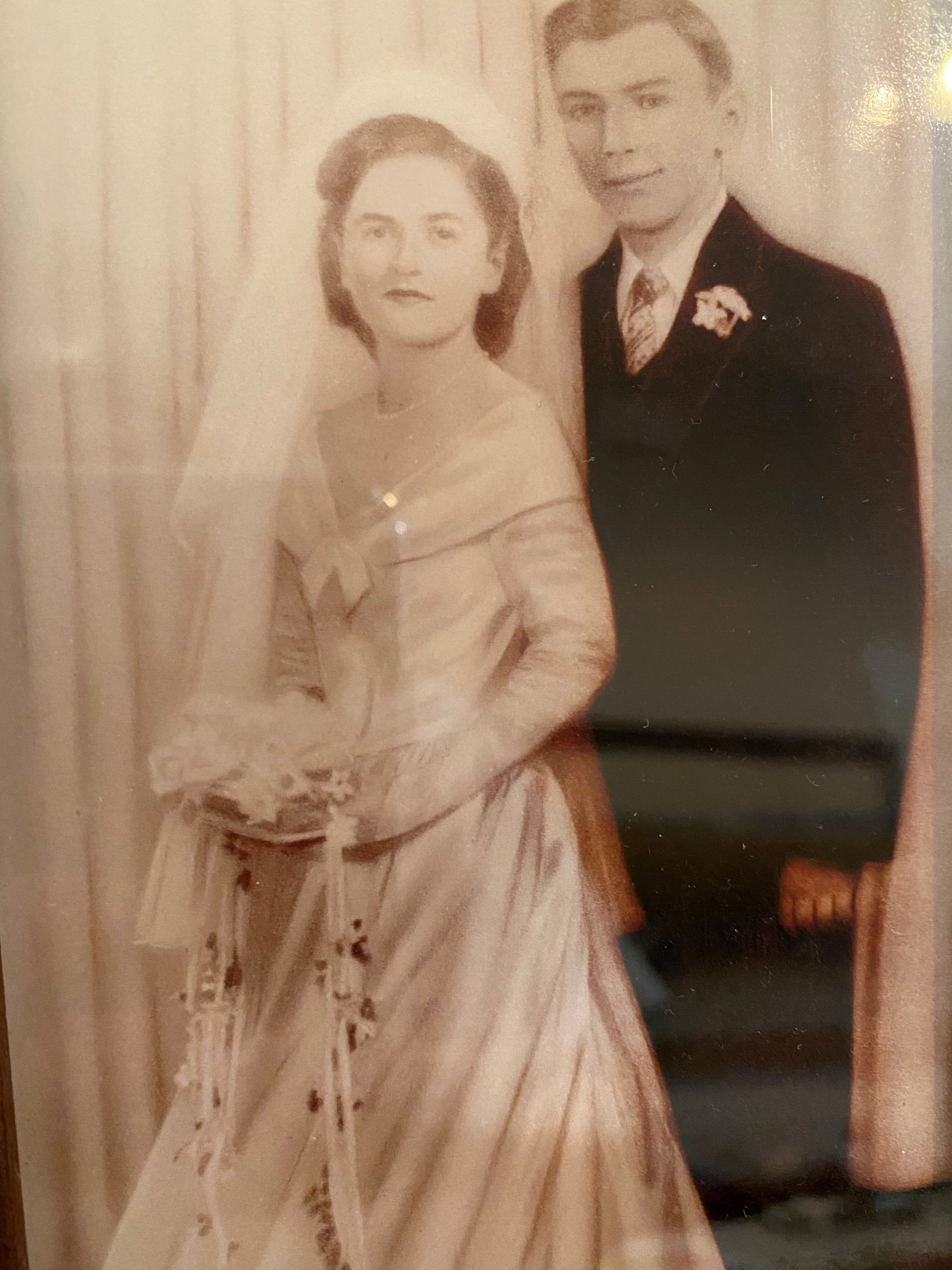 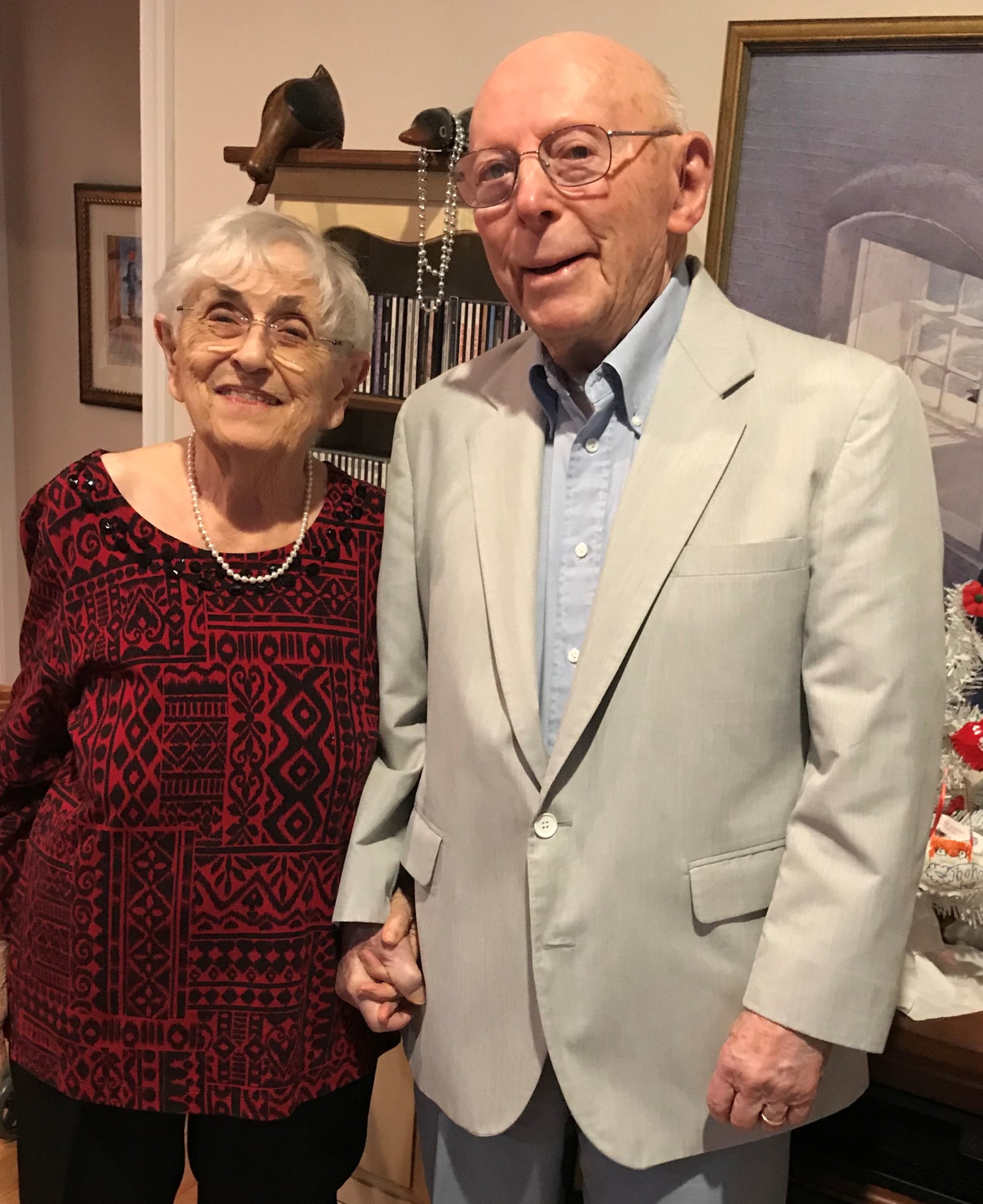 This is the next installment of Londonderry’s “Resident Profile Series” highlighting a Londonderry resident with an interesting and compelling story. We often hear, “you never know who your neighbors are” within the Londonderry and greater Easton community, and offer these profiles as a way to highlight some of our very talented, accomplished, and interesting friends and neighbors.

“Be good to one another,” were some of the parting words shared by Lee Sanders as we were wrapping up an interview with her and her husband, Cal, some months ago just as the COVID-19 pandemic was beginning. Her response was shared as advice for a happy and healthy marriage, but given how the world has changed and the challenges we now face, it is a good mantra for all of us in our daily life and in all of our relationships.

Their marriage is a testament to the importance of teamwork, respect, growth, humor and romance.

Both native New Yorkers, they met while attending Cornell University. Cal was studying Agriculture following his military service in WWII, and Lee majored in Home Economics. They were set up by mutual friends.

After about a year of dating, Lee graduated and returned home while Cal was wrapping-up his degree. The separation made them both realize that time apart was not acceptable! Lee’s family agreed. When Cal spoke with Lee’s father to request his blessing, he tried to explain that he wanted to finish school, find a job and get settled before the wedding, but Lee’s father would have none of it saying, “If you want to marry my daughter, there will be no long engagement. You marry her now!”

So, marry they did in 1947 in New York City and took a belated honeymoon to Niagara Falls once Cal earned his degree.

Cal accepted a position at the Department of Agriculture, and the young family moved to Washington D.C. and soon started their family with the birth of their first daughter, Deb, followed by their second daughter, Miriam.

Cal and Lee took on a new challenge when Cal began attending law school in the evenings at American University, at the suggestion of his boss, who was planning to do the same. As it turned out, his boss was unable to balance work and school, but Cal succeeded thanks to Lee’s efforts to hold down the fort, manage the household and care for their two young daughters.

The family moved to Rockville in Montgomery County and Cal’s practice grew. Once the girls were older, Lee took on several different professional roles. She worked as a dietician for the local public schools, took on several retail jobs (the family’s favorite was Hickory Farms, as Lee regularly brought home samples!) and eventually worked as a receptionist in a dental office.

One year for their anniversary, Cal wanted to take Lee somewhere “different,” and a friend suggested the Eastern Shore. They visited Oxford and stayed at the Robert Morris Inn and fell in love with the area. Several years later, they purchased a weekend home in Sherwood where they spent many happy years. When Cal retired, they moved to a new home in St. Michaels full-time. Cal couldn’t completely leave the law and sat as a visiting judge and continued to teach at American University for several years.

In addition to enjoying boating and crabbing on the Eastern Shore, the Sanders family frequently traveled the country and the world with their daughters, and later their sons-in-law joined in the fun. The six of them would plan at least one trip together each year, and many of their adventures were cruises.

Over the past seven decades, Cal and Lee’s family has grown to include two daughters, five grandchildren, seven greatgrandchildren and one great-great grandson. Lee is also known as “Momma Lee” to many of her daughters’ friends who were welcomed into the family over the years.

Cal and Lee moved from St. Michaels to Londonderry in 2009 and love their cottage, the community’s easygoing and no-pressure lifestyle, their neighbors and the kindness the staff shows to both them and their family.

They have slowed down a bit and now enjoy leisurely naps and time with their family, but their love, friendship and shared sense of humor hasn’t faded.

When asked how they’ve both grown and changed together, they said with a smile, “we’ve both grown big bellies, and we still make each other laugh!”

In addition to Lee’s earlier advice to “be good to one another,” Cal also encourages partners to “not believe what anyone else tells you to do. Do what you think will work in your relationship, and always make decisions together.”